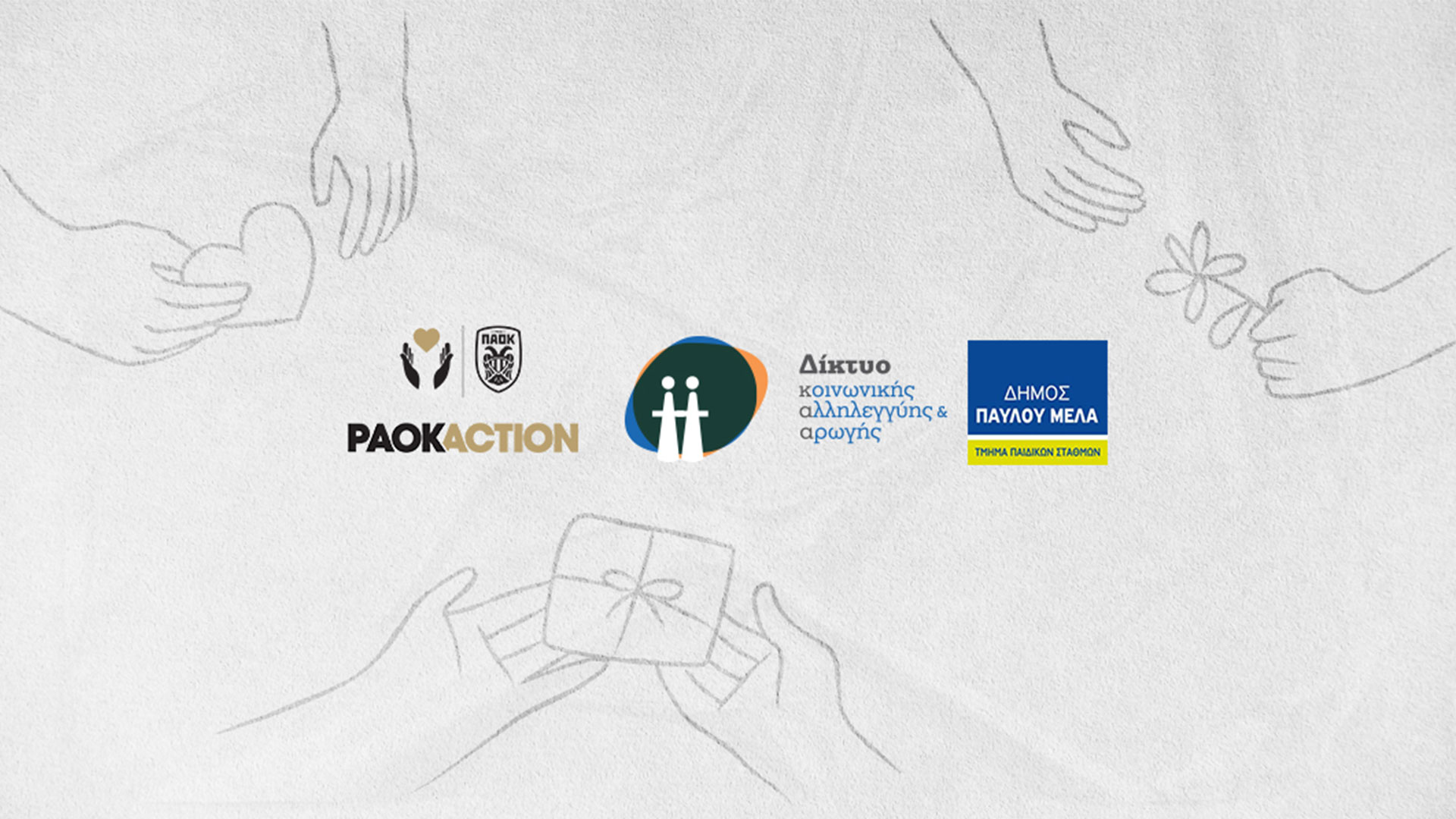 NETWORK and PAOK Action support for the «Children’s Umbrella»

Network and PAOK FC through PAOK Action have pledged the club’s practical support to children and new mothers, strengthening the operation of the newly-established area of Infant Care and Breastfeeding on the ground floor of the “Children’s Umbrella” facility in Thessaloniki.

Network and PAOK FC, through its humantarian arm PAOK Action have responded directly to the request and the needs of the «Children’s Umbrella» of the Municipality of Pavlos Melas, proceeding with the completion of a significant donation and the creation of the Infant Care and Breastfeeding Center in Thessaloniki .

The inauguration, which took place on Monday, February 28, was attended by the Mayor of Pavlos Mela, Dimitrios Demourtzidis and the Deputy Mayor of Social Policy, Mrs. Chara Amanatidou, as well as a number of representatives of the local government and state officials. On the part of PAOK, several members of the women’s team represented the club. Konstantina Stranzali, Olina Vaxevanou and Thomais Vardali sent their own, personal messages of support as women to every mother in need. On the part of the NETWORK, who completed another flawless sponsorship collaboration with PAOK Action, the event was attended by General Manager, Despina Kranidou.

In this way, PAOK Action and the Social Solidarity & Relief Network dynamically continued their joint effort to stand by every sensitive social structure that needs support, providing solidarity but also a message that together, we can make the world a little better!

The Infant Care and Breastfeeding Area

The creation of an Infant Care and Breastfeeding Area is an initiative of the Deputy Mayor for Social Policy, which enables mothers to use the center to breastfeed and care for their baby in a well-designed space, in conditions of privacy and comfort. It is a move to highlight the importance of breastfeeding.

It is worth noting that due to the particularly high needs, but also the effort to improve the services provided to vulnerable social groups, the Child and Family Support Structure «Children’s Umbrella», now extends to the ground floor of the building, acquiring physiotherapy rooms, learning support, a psychologist and a nutritionist.